The Internet is a River not a Pond!

Keep up to-date with the ever changing world of the internet. See how these changes apply to your website and digital footprint.

Not all web hosting environments are the same.

We always prefer our clients to use our web hosting. Not because it is added revenue for ourselves, but rather because it is easier for us.  I can't tell you the amount of times I have had issues with clients websites, time-out errors and server errors, and once I backup the site to my server environment the errors disappear. Cheap hosting is just that. Cheap. 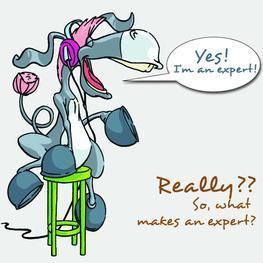 The decade of experts

We are in the decade of experts.

When being told how to market ourselves, we are often told to "position ourselves as an expert in our field". But what defines someone as an expert.

The oxford dictionary states the definition of an expert as: 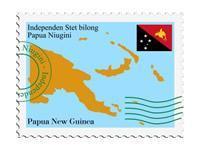 The recent deregulation of telecommunication services in Papua New Guinea has resulted in an exponential increase of internet users due to cheaper internet plans. Specifically on smart phones, tablets and laptops. Internet access is getting closer to the average Papua New Guinean.

When technology changes, so should we.

When I started doing website development, not that long ago, the standard screen resolution was 800x600 and some people had the new 960x720 screens. The standard at that time was to design for a fluid screen width with the difference between the smaller screens and the larger screens being relatively minor.

Have you ever seen this symbol on the top of a website, or in your browser? Ever wondered what it was? It is an amazing way to engage with your client. This is a RSS feed symbol. RSS stands for " Rich Site Summary" but often called "Really Simple Syndication".

The symbol indicates a web feed on the page that allows for new content on that website to be "fed" into your RSS reader. Therefore you can subscribe to the website and be advised of new content. This is also often referred to as a news-feed.

Is your business Online Savvy or Online Cautious?

It seems that Australian businesses are not embracing the internet and new technologies. A recent report through the 2013 MYOB Business Monitor indicates that only 38% of the SME's (Small and Medium-Sized Enterprises) researched owned a website, with this figure remaining unchanged even 9 months after.

Your online supporters! It's all about ENGAGEMENT

So I ask again, do you engage with your online supporters?

Confused about Google Local and Google Maps? No need to be. Google Places for Business looks after it all.

Is your business displayed on Google Maps. If so then you will have a Google Places page. You simply need to claim your page to start adding in relevant information about your business, including opening times, parking information, photographs and videos related to your business. You can also select categories for your business type.

If your business is not listed on Google Maps it is a very simple process to get listed, and the best thing is that it is a free service Google offers. 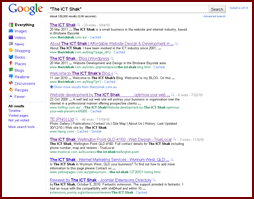 Are online directories an advantage or disadvantage to your Internet Presence?

Have you ever googled your business name?

If so, what comes up?

Google has done it again with their new "Google Web Fonts". Now you can safely use a more extensive choice of fonts on your websites.

A major issue I have when working with graphic designers is the choice of fonts they choose. I fully understand the list of "web safe" fonts are pretty limited. But it is important that the web page renders consistently across all browsers and platforms. 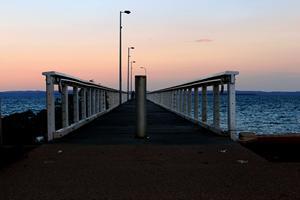 The ICT Shak is based in Wellington Point, Redlands and specialises in supporting local business.

We believe that local Redlands businesses need this support, and need to have a good web strategy resulting in a positive internet presence when competing with other businesses outside of the Redlands.

At The ICT Shak we offer a holistic approach to marketing your business online.

Having a good website alone won't achieve you optimum return on your investment. You then need to drive traffic to your website through other online mediums.

Our holistic approach starts with an in-depth look at where you are currently placed within the digital arena, and we then meet with you to discuss a strategy and budget that will get you results.

The speed of results will be measured by your budget.